Mistress Adelina shits on slave to teach him a lesson

Mistress Adelina wanted her slave to learn from his mistakes. So she let him know whenever he made any mistake. But he did not learn from them because she did not punish him. She was pissed and had to teach him a lesson because she was fed up waiting for him to change on his own. The mistress took as hit on the floor and she made him eat the shit. She also had him lick the shit from her asshole.

This guy was not well behaved. He did not respect boundaries and when these mistresses warned him of it, he did not take them seriously. He just laughed and did what he always did. Today the mistresses had had enough of him and had to punish him. The mistresses forced him to eat their shit. He was turned into a human toilet and he could not believe it. It was then that he understood that they were serious.

This mistress likes morally upright slaves. When she realized that her slave was not an upright individual, she had to punish him in an effort to change him. There were no two ways about it. He had to change and he did after what she did to him. She turned him into her human toilet and she made him eat her shit. She watched as he ate all of it then let him go. 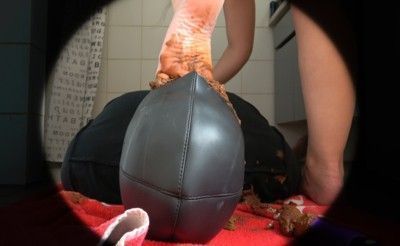 This mistress believes that she knows best. Anyone who tries to contradict her has it coming. He or she is punished as cruelly as she wants and that is what happened to this loser today. She used her shit fetish to degrade and torture him. She made sure he learned his lesson as he ate and swallowed her shit. He thought he was dreaming as he had never expected something like that to be done to him. 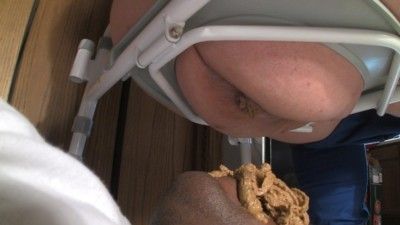 Mistress Anna is the kind of person who likes to have her instructions followed to the letter. Unfortunately for this slave, he was the kind that was easily distracted so he did not do everything the way she wanted. She did not remind him but punished him so that he paid attention next time. She used her shit to do it and needless to say, his dinner was exclusively her shit.

Mistress Stella did not like a rival gang encroaching her tough. She had to defend it. She knew she had to send a strong message if she wanted things to be done right. So she used her shit to do it. And she looked for no less than the leader of the rival gang and she forced him to eat her shit. She taped it and she sent it to the others to watch and be warned.

Mistress Alina loves shit fetish. She can enjoy it any time of day or night. She is one of the mistresses who can enjoy it when she is happy as well as when she is mad. She can also enjoy it alone or with a slave. Today she made this loser eat her shit because she wanted to change from how she had been enjoying it on her own for a long time.

Mistress Milana know what to do to people to get them to do what she wants. She wanted this guy to do some work for him. It was highly technical and she knew very few people had the skills required to handle the job as perfectly as she wanted it. But she did not have the money to pay him so she forced him to do it by making him eat her shit. 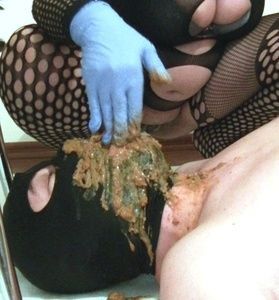