Miss Jane tortured this guy for fun. She wanted to horn her skills in torture so she took him to her torture room where she made him undress and she crushed his balls. She also tied a string on his balls and would pull it whenever she felt like. She forced the guy to eat her shit and used him as a portable toilet. Whenever he hesitated to eat her shit, she pulled the string.

Mistresses have fun with scat lover 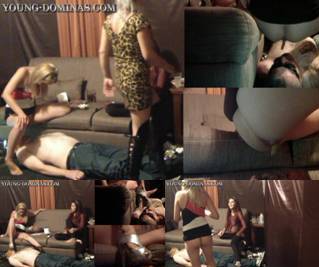 Mistress Annalise shits on slave to motivate him

Mistress Annalise wanted to motivate her slave to know how to cook better meals. She told him anytime he brought her a bad meal, she would equally make sure he ate something he would not like. The first day she made him eat her shit. She shit on a plate and she made sure he ate all of it. When he was done eating it, she told her to try cooking a better meal even if it meant downloading recipes.

Mistresses shit on guy for playing them

These mistresses found out that this guy was playing them. Instead of the mistresses going for each other's throats, they agreed that they were the victims and had to punish the guy for lying to them. They had to teach him a lesson and they did. They did it in the most cruel manner by making him eat their shit. They did not care what he felt but they knew he would never play anyone again.

Mistresses shit on slave as punishment

This mistress did not care what had happened. She had sent her slave and he was late. She had to punish him so that it never happened again. That is what exactly she did. She made him eat her shit and even called her friend to help her do it. Her slave also shit on him and the poor slave had to eat shit from not one but two mistresses.

Mistress Amanda and her friend devour each other

Mistress Annabelle was in a foul mood because this guy had spanked her on the streets. She was pissed off but she pretended she was not and even asked the guy to follow her home. When they reached her house she turned on him and humiliated him. She told him to respect other people then undressed him and then whipped him a bit before she fed him her shit which he swallowed.

Mistress Contessa is a mean and cruel mistress. She is one of those mistresses who do not need a reason to punish or humiliate a slave. She just does as she pleases. If she feels like degrading a slave, she will do it because that is reason enough. Today she felt like having her shit eaten. And that is exactly what she did to her slave who had no choice but to eat and swallow her shit. 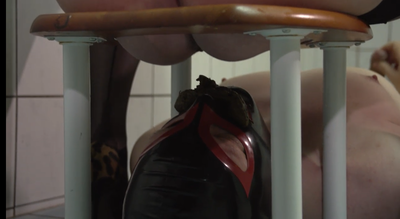 Goddess Amirha caught her boyfriend kissing another girl and she was not too pleased about it. She waited till he came home and she asked him about it but he did not have a straight answer. She punished him cruelly to make sure he never did anything like it again. She made him eat her shit as punishment and though he tried to refuse, he could not do anything about it.

Mistress Alina caught this guy stealing from her and she was pissed. She had to teach him to respect other people's things. She did not turn him to the authorities. She had to deal with him herself and she did. She took him to her toilet and she shit into his mouth. And the little that fell on the floor, she had him lick the floor clean and eat her shit.