Mistress degrades her boyfriend in jacuzzi

This mistress had an argument with her boyfriend. She was pissed off that he did not answer her and instead went to the jacuzzi to relax. He left her fuming and she was pissed off. She followed him to the jacuzzi and shit on his face while he was relaxing. She told him not to try and move his face. She would do worse than he thought she would. He had no option but to do as she said. 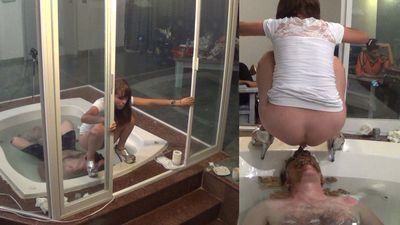